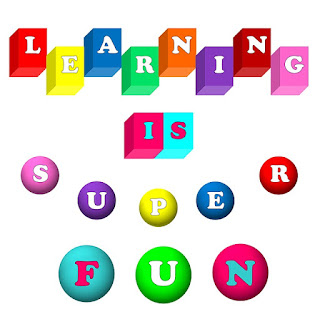 English is either the official or one of the official languages in 67 countries. Used and refined over a course of more than 1,400 years, the language is continually being enriched with the addition of new words. In the words of Jonathan Culver, “The English language is a work in progress. Have fun with it”.

William Shakespeare was the first author to write in early modern English in 1590, when no dictionaries were in existence. He coined in English as many as 1,700 words. Many of them are still in use, examples of which are lonely, frugal, majestic, gloomy, auspicious, sportive, apostrophe, gnarled and dwindle, to recall a few.

Shakespeare created not only words, but also many phrases that we most commonly use today. Some examples: mind’s eye, ministering angel, method in his madness, green eyed monster, clothes make the man, catch a cold and housekeeping.

When you go back on the memory lane, do you recall those summer holidays spent playing English word games and having fun while challenging each other to get those tricky tongue twisters right? Here, we will relive those fun moments and play with the language.

Crazy English words: which ones do you know?

English, the global mode of communication has a fun side too. Let’s explore some of the craziest words in English that have been in use for quite some time. While some parts of the world may employ them in their everyday usage, some others may not even have heard of them.

Here we give you a quick peek into some of the craziest words in English. Find the ones familiar to you.

When you shuffle meaningfully the letters of a word or phrase, another new word or expression is born, which we call an anagram. Don’t you think there is an element of childish delight in unraveling an anagram?

Look at some anagrams given below:

A tongue twister is a phrase or sentence, which is usually difficult to utter fast because it is a sequence of almost similar sounds. It employs mostly alliteration that occurs when a series of words (even a two-word phrase) or adjacent ones have the same consonant sound.

A tongue twister turns out most amusing when you fumble and blunder, trying to repeat it several times in a row as quick as you can, and getting the pronunciation right at the same time.

Companies make use of this alliterative device for a better recall in the buyer’s mind like Coco-Cola, PayPal and Dunkin’ Donuts. Some popular personalities who could stand out in your memory for the alliterative effect in their names are Ronald Reagan, Marilyn Monroe, William Wordsworth and Donald Duck, the most popular cartoon character.

Could we ever forget the evergreen tongue twister, ‘She sells seashells by the sea shore,’ which is an alliterative phrase? Although most of the tongue twisters do not make sense, they help to hone speech skills in children, not to forget the fun moments even adults get to have, bringing out the child in them.

Some popular tongue twisters for you:


Poems are not left out too. Sample this funny tongue twister poem:

If you are a globetrotter and shuttling between America and Britain, make sure to get a grip on the vocabulary used in the two countries. Why is it so? The same word is spelt differently in American and British English. In some instances, entirely different terms mean the same thing. Given below are a few examples.


Are you interested in improving your spoken English skills from the comfort of your home? Visit the best online portal now for more information.
Posted by Unknown at 00:05